Since they are a major cause for the bad name British vehicles have received over the years (right up there with what I call "excessive or deferred maintenance"), I believe they deserve all of the criticism they get.  Even vintage Volvos got a taste of this "equipment".  With early 1800 production taking place at Jensen in Britain, electrical harnesses and minor components were naturally procured in-country from guess who?  Unfortunately, this "equipment" wound up easily being the least reliable components ever found in a Volvo!  Luckily though, the drive-train and therefore major engine electrical components, which were installed after the bodies arrived back in Sweden, were retained as Bosch...phew!

I was actually given a good looking (clean, and appeared to have new guts...but we know that doesn't mean much!) Lucas generator in a box of spares one time...I wound up taking it to the next British car show/swap meet (I remember noting it looked like the worlds biggest gathering of SU carbs and oil leaks!) and giving it away to the first guy who wanted it.  I told him I didn't want it in the same shelf or even in the same garage, contaminating my quality Bosch components...he stomped away with it and refilled his glass of Chardonnay (but didn't argue about it either).

Here is our handy compendium of everything having to do with Lucas, purveyors of the least reliable automotive electrical equipment and systems known.  It should be referred to anytime you are possibly considering purchase of a vintage British vehicle, obviously a moment of weakness which I hope you get over quickly without succumbing.

It is said that many people who left Lucas went to work at Smiths gauges.  The consistency of the products of both of those companies would seem to support that.

Possible explanation of Lucas quality philosophy:  A gentleman does not motor about after dark.

All Parts Falling Off This Car (including switches crumbling behind the dashboard) are of the Finest British Workmanship.

Lucas lamps do not create light, they "suck dark".

Q:  Why do the British drink warm beer?  A:  Because their refrigerators are made by Lucas.

Here's a hoot...I saw this offered on E-bay recently...oh goodie!...A Lucas Fault Diagnosis Manual ....seems a bit self-serving to me... if we didn't have Lucas, we wouldn't need that either... same thing with lawyers! 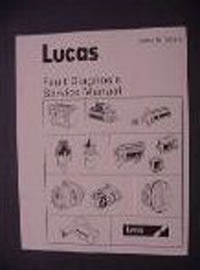 Happy Anniversary!   I understand  2003 is the 100th anniversary of the death of Joseph Lucas.  I wonder if anyone is going to have a special event celebrating this, other than to try to keep their lights working consistently and predictably for one entire year.

As a technican working in a MBZ Dealership it has come to my attention that Lucas supplies audio components for new MBZ vehicles.  Please add "Lucas Prince of Silence" to your list.          R***man@aol.com

Positive ground depends upon proper circuit functioning, the transmission of negative ions by retention of the visible spectral manifestation known as "smoke". Smoke is the thing that makes electrical circuits work; we know this to be true because every time one lets the smoke out of the electrical system, it stops working.  This can be verified repeatedly through empirical testing.  When, for example, the smoke escapes from an electrical component (i.e., say, a Lucas voltage regulator), it will be observed that the component stops working. The function of the wire harness is to carry the smoke from one device to another; when the wire harness "springs a leak", and lets all the smoke out of the system, nothing works afterwards. Starter motors were frowned upon in British Automobiles for some time, largely because they consume large quantities of smoke, requiring very large wires. 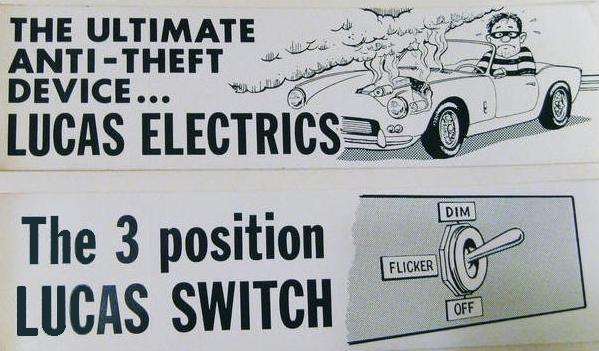 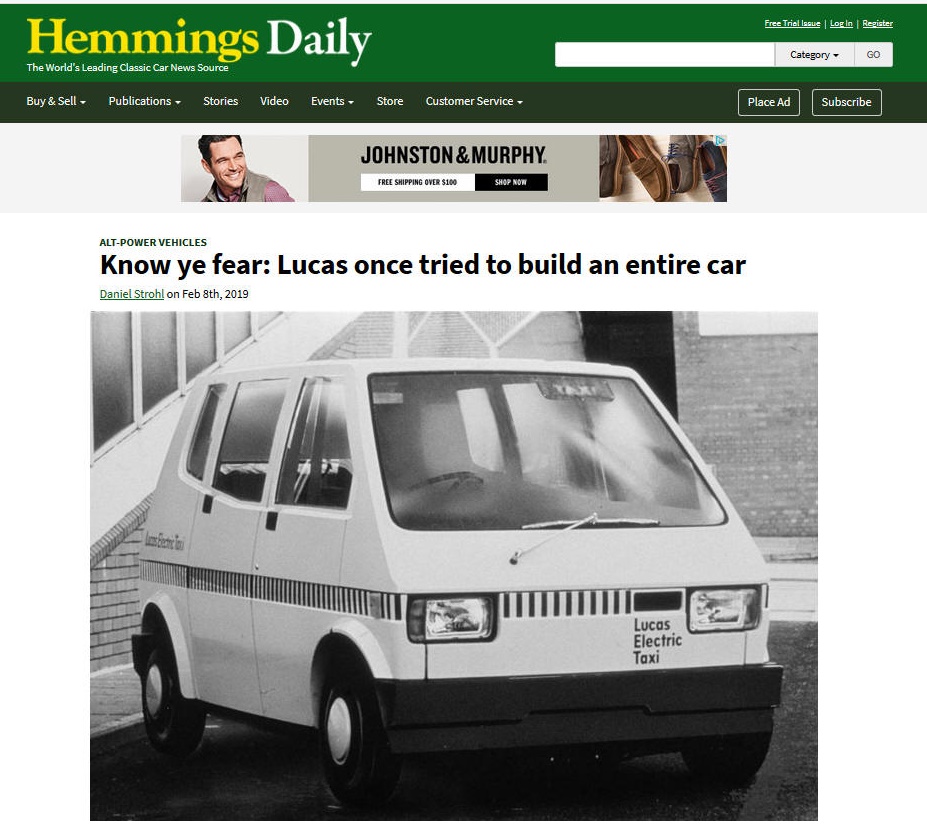 Engineering Note:  Positive Ground is for people who drive on the wrong side of the road, and who think hitting electrical parts (or carbs) with a hammer will fix them...

Important Service Material to have in the British Service Shop: 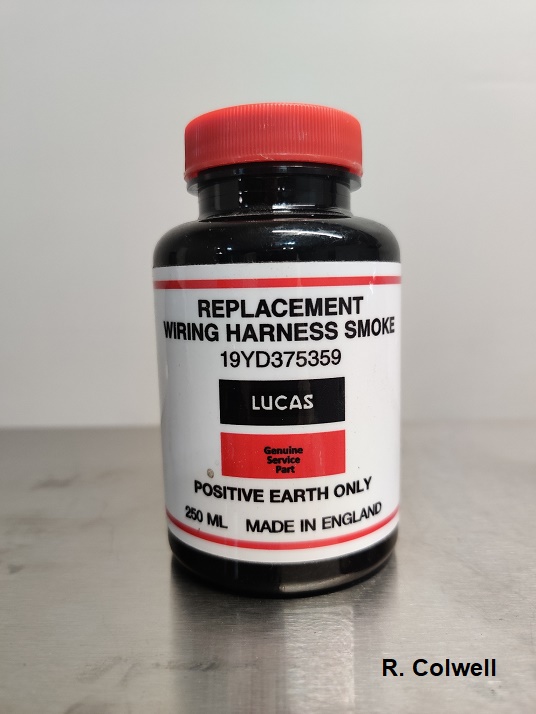 PLACEHOLDER for picture of a hammer...

After all such frivolity and bashing of the Lucas brand and name, here is a (totally serious!) link to a very good theoretical explanation of the function of a Lucas Generator based Charging System, with excellent explanations and diagrams.  Again, its clear that the engineers knew the theory cold, they just had a hellova time translating the theoretical into practical hardware which could function well and last without self-disassembling, or burning up, often in the most spectacular ways...it's really too bad...one has to wonder just where they went wrong...but I'll leave the explanations and such discussion for others.